As two of the world’s top 10 cryptocurrencies achieved their all-time-highs during the past couple of days, it seems to be an adequate time to have a look at some of the most intriguing Coins like Polkadot (Dot), XRP, Chainlink (Link), and Stellar (XLM). 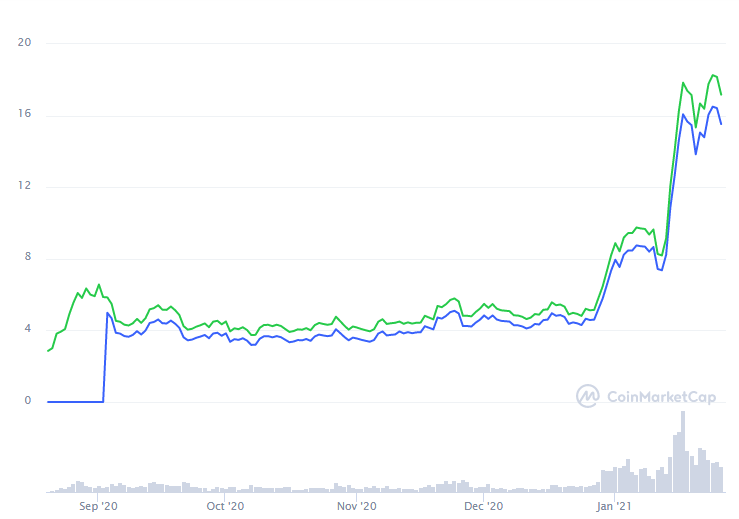 When we look at the Dot price chart, what we see is; Though its value and 24 volume market cap is down by 6.07% and 17.12%, respectively, it is still up by plenty compared to its past performance.

On the 27th of December 2020, Dot was trading at a $5 price level, and since then it has gone through the growth of approximately 340% and almost the same is the case of its total market cap and 24-hour market cap.

So a continuous upside trend can be observed rather clearly. With this been said, it is to be noted that if the Dot goes down to the price level of below $10 this could be a worry for Dot investors. Otherwise, the coin is set to go up to significant levels. 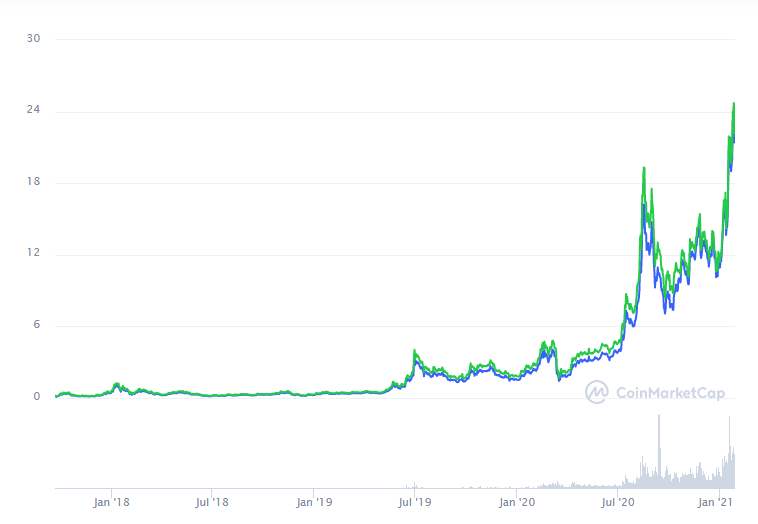 Currently trading at $22.59, Link is also set to achieve a price level of $30 in the next few days, given that in the meantime it does not dip down to under $13 price level.

Unlike the above-discussed Coins, XRP remained very volatile in the past couple of months. Most significantly SEC lawsuit struck the Coin severely as from Nov 17 to Dec 20, 2020, the XRP had grown by approximately 200% and as soon as the SEC filed a lawsuit against it, the Coin crashed and lost its value by 200%. Though it has gained some value in the past couple of weeks, it is still far away from the heights it achieved in late November 2020. XRP had crossed the $0.60 during the last week of November. 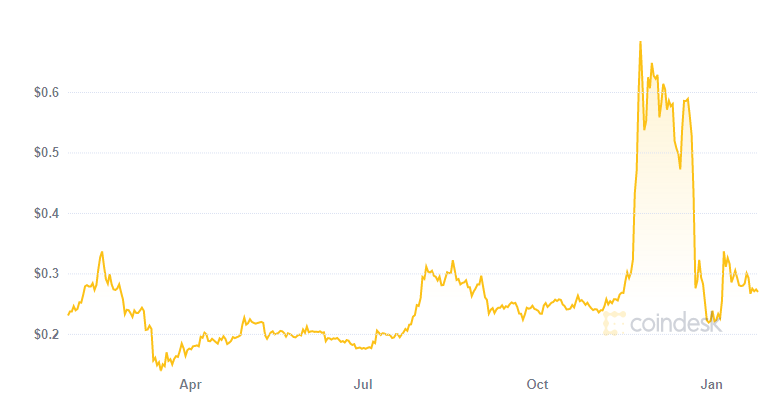 So, the fate of XRP is tenaciously tied with the SEC lawsuit. Though Ripple had accused jay Clayton, previous SEC chairman of “Picking the winners” and felt relief after he left the office, the newly appointed SEC Chairman Gary Gensler does not hold any better beliefs about XRP. In 2018 Gensler, replying to a question regarding the nature of XRP, had stated:

Steller remained relatively stable during the last 30 days and has grown by over 150% during the meantime. 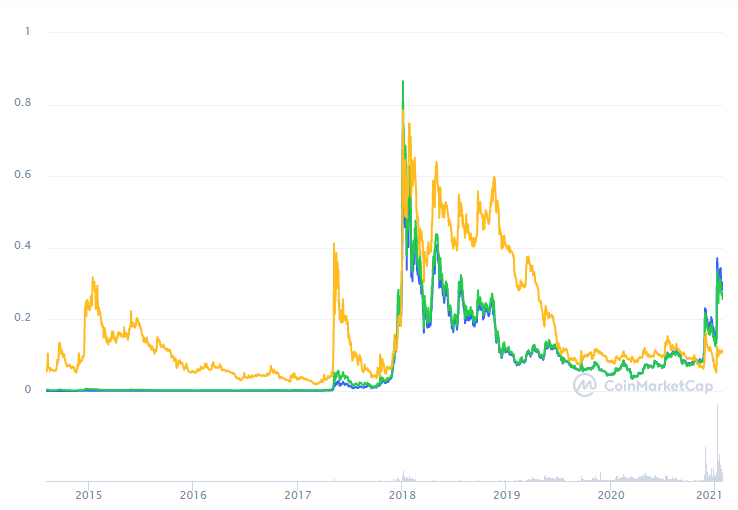 At the press time, it is trading at $0.25 and if everything remains steady the coin is projected to perform well in the future.

The Standardization Solution to Frictionless Payments